Thank you for visiting my site! I'm enjoying being active on Neocities. My purpose in starting the site is to share nostalgic memories with someone, and get people interested in Timeranger and Super Sentai. For that reason I started this site. However, the site may be deleted immediately due to various reasons, until then enjoy the site! (Even saying that, this has already existed for over a year.) My native language is Japanese but I speak English also like now. You can talk to me with both languages. 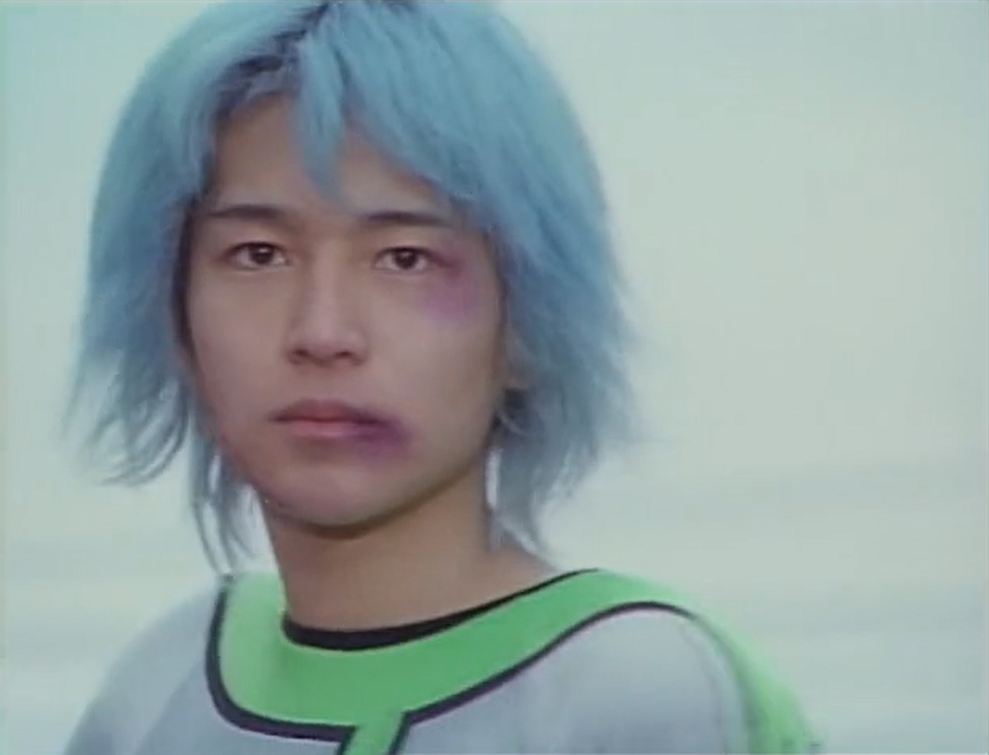 Sion, the member of the Timeranger known as Time Green who is this site's main theme and my dream for about 20 years. I remember that I tried to hide my feeling for him from everyone because I was childish at that time when the tv show was on the air. Since becoming an adult I rewatched Timeranger, I realised my life was influenced by Sion. He has true justice and sticks to his justice for everyone. He fights unrighteousness even if that any authority. And He is smart, unique, and I think he is X-gender because Hubbard alien. Always he makes an effort to improves the skill. He was forced to loneliness nevertheless he loves every living thing, respects them and friendly to everyone. I really like Sion. I'm so happy if you get interested in Sion, Timeranger, Super Sentai.

From game characters, I like Bugsy the gym leader from Azalea town. He really loves bug pokemon and has extensive knowledge about that. For that reason he is still about 10 y/o though he is a gym leader. His semi long hair with blue-purple hair color is so cool! I remember that when I was playing the game as a kid, I thought he is a girl while fighting him. I'm sure lots of players were thinking so. He may be X-gender too. That's one of the reasons he's great.:) And, one of the true reasons that I like Bugsy is because he reminds me of Sion. To be honest... It may sound rude for Bugsy's fan, but important thing I wanna tell is Bugsy and Sion seem to have common characteristics to me. One isn't better or worse. They are the good existence to my sense who reminds me of the mysterious feelings from when I was child. Surely there's someone who loves both of these great characters here! it's you?

If you want to know more about me, please visit my site.