CASE FILE 03 : THE ACCELERATION OF DREAMS

In this episode, we focus on the vocalist of the seminal 90s visual kei band Luna Sea, known for his overly theatrical, sickly-sweet-to-the-point-of-narcissistic vocal stylings which stick to the listener's ears like slime, Ryuichi Kawamura... or rather, his lookalike, the young 30th century man, Ayase. The photo is Ryuichi, not Ayase. Despite my above comment, they don't actually look that alike. (I don't know how well known Ryuichi is globally, but I want to make clear that while it sounds like I'm dissing Ryuichi, it's that inimitable style that birthed a school of visual kei vocalists.)

In the previous episode, Tatsuya's dialogue when introducing the team's new living space was translated as "the place for when I'd be living by myself someday," but could be more directly translated as "my castle for when I'd be living by myself someday." I wonder if it sounds strange in English? It seems like he's really proud of his new pad. This is the episode in which the five of them found the company that will be the main focus of their life in the 20th century, Tomorrow Research. It's an odd jobs shop, so they each decide what they'll do based on their abilities, but Ayase is closed off and doesn't give any hints as to what he likes or is good at. 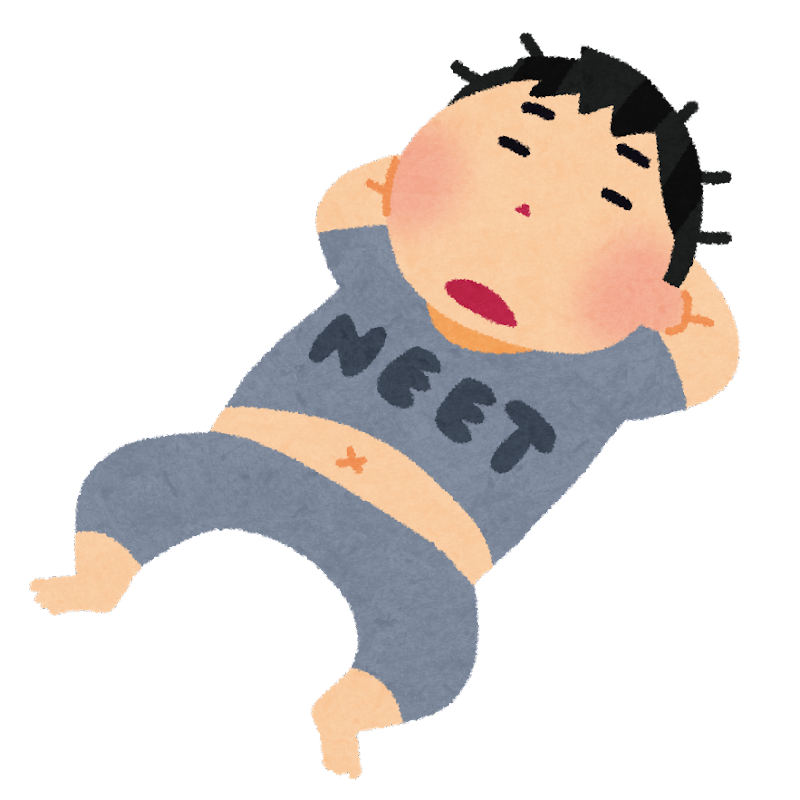 To the other four, it may seem like Ayase is intending to live as a NEET.

If this were a drama series for adults, Ayase would probably secretly be working at a host club or as a pawn for the yakuza, which of course isn't the case here. (The gif is a champagne call at a host club.) Everyone accepts that it'll just take a little more time to get to know this guy... but Ayase leaves a hint with this picture he draws.

He appears secretive, but that isn't actually his true character. Based on what we've seen so far, it seems like Ayase is someone who wants to be properly understood. For that to be possible, a certain amount of space between people needs to be respected in relationships. Ayase hasn't told anyone this yet, but he is living with a terminal illness, and he knows that anyone becoming too close to him means sharing this burden with them, which may make it look like he's pushing others away. Ayase thought Domon was nosy at the start of the episode not just because he didn't like how he was acting, but because he didn't want Domon to get too close to him or be interested in him. One of Ayase's good points is that while facing his illness, he doesn't become pessismistic and lives his life as best he can, and doesn't ask anything of anyone other than to allow him the space he needs. I think he's a really kind person.

The Londerz prisoner defrosted this time is the cash extortionist Keys. He has the rather elaborate power of fusing with whatever he lays his tentacles on. He aims for a cash transport truck, and the Timerangers go to investigate undercover, which makes this the first job for Tomorrow Research. Please enjoy these three's police cosplay! It seems like Sion's hair color has changed too. That means that after only a week in the 20th century, when he must still be finding his footing, he was able to find and buy some hair dye. That makes him seem really easy going to be dying his hair in Tatsuya's castle in the midst of this situation, though at this point, none of the others even knows that he's dying his hair.

Keys gets intel that the car Ayase and Tatsuya are riding in is carrying cash (which is actually a setup by the Timerangers), and chases their car together with Zenitts. With Keys fused with a car in hot pursuit, Ayase realizes that Tatsuya's driving bound by 20th century traffic laws won't be enough to shake him off, and, taking the wheel, finally reveals that he in fact was set to be a racer. I like how Ayase is honest with Tatsuya in this scene. The first time I saw this episode, I was impressed by how Ayase didn't fall into the typical cool quiet guy trope of guarding his weakness with a layer of pretense. Ayase puts off a cool exterior, but he isn't pretentious at all, and has an honest view of himself and his surroundings. That Tatsuya's words from Chapter 2, "You can't change the future, but you can still change your tomorrow" resonated so much with Ayase is due not only to Tatsuya's charisma, but also to Ayase being able to directly accept the message and let it resonate in his heart. Considering that together with his need for space mentioned in the previous paragraph, Ayase shows more depth than a typical "cool guy" character.

Keys seems to have turned into surume dried squid and fused with an Isuzu truck. 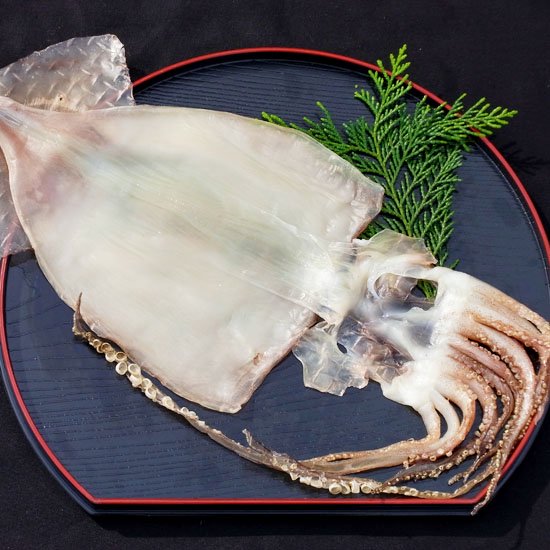 I see Isuzu trucks in America as well from time to time, and always remember this theme song. Run, run, onward, onward, Isuzu truck♪ The melancholic melody and lyrics conveying the emotions of a truck driver paint a vivid picture. (If you're interested in the lyrics, please take a look at this site. The MP3 is even freely distributed!) Thinking that the Isuzu truck that is fused with and abused by Keys, only to finally be blown up by Domon with the VolVulcan, may have had a life like the one depicted in these lyrics adds some depth to the scene.

While Keys (Isuzu truck) keeps chasing Ayase and Tatsuya, Ayase jumps in front of the truck speeding to run him over, and yells "No one has to die but me!" after colliding and being thrown to the ground. It seems like Ayase feels most alive when putting his life on the line, but Tatsuya tells him "Don't give up so easily!" with great benevolence. For me personally, it feels like he's speaking directly to me as a viewer. Maybe I just want someone to appeal to me with such an earnest attitude. When I was around Tatsuya's age, I wasn't able to open myself up to people. Thinking of it that way, these guys are all quite open with and accepting of one another.

After Tatsuya throws his clothes away with a distinctive snap in his right leg, it's toy sales appeal time, and the principle of every weapon being a toy for sale seems to be firmly established with Chapter 3. The scenes are designmed to make you want to buy the toyrs by demonstrating how you can play with them. Everyone definitely must want to try doing the Vector Around with their friends. After building up the viewer's purchasing motivation, The VolTech Bazooka fails to compress-freeze on its very first use, which feels like a huge letdown. It even has its own special intro sequence, only to end up like this. This is one reason the Timerangers seem weak. There's no way kids will want to buy the VolTech Bazooka after it loses on its first appearance!

The poorly handled Time Robo Beta's attacks also all fail, and it's thrust into a panic after getting wrapped in tentacles. If Alpha can compress-freeze easily with the Jikuuken, what was the point of having Beta perform aerial attacks on Keys, who is on the ground? Commands appear on the visors of the ranger's masks, and Tatsuya creates the Time Robo formation according to those commands, which means that the TTPB's strategic guidance and programming is causing errors in battle, including Tac's suggestion to use the Voltech Bazooka. The Time Jets hastily return to the 30th century the second the battle is over. Domon asks aloud why they can't just go back on the Time Jets, and Sion wonders who is in charge of the Emergency System. It seems cruel to be left behind, but it's also a sign that they'll be able to go back eventually. In response to these two's very natural doubts, Tatsuya and Yuuri utter this bizarre reaction.

Tatsuya: "It doesn't matter. We'll find out soon."
Yuuri: "Right. We must leave it at that for now."

In other words, the creators are arbitrarily putting their own words of "Parents, this may seem strange, but don't worry about it for now!" in the mouths of the main characters. The Timeranger's real enemies may not be the Londerz or TTPB, but the creators. Finally, Ayase assumes a position at Tomorrow Research as a driver. He needs a license, and mentions that Tac and Sion are taking care of the documentation for him. Not to draw too much attention to it, but considering that Ayase doesn't have any personal identification, I can only guess that they're creating falsified documents. Also, the other four don't know yet so can't be blamed, but I find myself worrying if it's okay for Ayase to be driving with his sickness, considering what a disaster it could be if his heart stopped on the job.

Is the Osiris Syndrome a progressive disease? In any case, the newly unified five seem relaxed and debut their new jackets with the Tomorrow Research logo, this time making a sales appeal for adult viewers. It's a good episode, but leaves us with various doubts like this right at the end.

We saw that the seemingly cool and secretive Ayase is actually a kind and honest person. It was also good to see Tatsuya's acute perception of his surroundings, and his ability to attract and lead those around him. The end leaves us with various doubts, but overall it was a good story that gives us a deeper insight into two of the characters. However, Sion didn't play much of a role, and the only thing that stood out was when he dropped a screwdriver with a smirk while connecting Tac with a 20th century computer at the start of the episode.